With more than half of the world’s fastest-growing economies located in Africa1, the continent’s economic outlook is a positive one.

Average annual GDP growth since 2000 is over 5%, placing Africa as the second-fastest growing economy behind Latin America. Real GDP growth, estimated at 3.4% for 2019, is projected to accelerate to 4.1% in 2021. Growth fundamentals are also improving, with a gradual shift from private consumption toward investment and exports. And for the first time in a decade, investment accounted for more than half the continent’s growth, with private consumption accounting for less than one-third.

Boosted by the continent’s economic growth and high profitability levels, the banking sector has shown strong momentum over the past decade, making it the second-fastest in terms of growth and profitability in the world2.

One aspect of this growth has been the radical change in the competitive landscape with the emergence of Pan-African banks developing cross-border banking and challenging the traditional players and supervisors.

A change in the banking landscape

The change in the competitive landscape has, in part, been boosted by several international banking groups deciding to leave the African continent or limit their presence. Except for Société Générale and Standard Chartered, which both continue their strategy of having a strong representation in Africa, there are several common factors for the disengagement and departure of international banks from Africa.

The departure of international banks has, in turn, facilitated the growth of Pan-African banking groups who have doubled their presence in the last decade3. In terms of the local composition, South African banks continue to dominate the rankings accounting for four of the top five banks in Africa, despite the decline of the Rand and, with 43 banks in the top 100 table, North Africa remains a banking powerhouse4.

However, the size of African banks is relatively small compared to the continent’s massive investment needs. Africa’s banks have less than 1% of total world bank capital compared to 47% for Asia, 25% for Europe and 19% for North America.

In order to reinforce stability and resilience of the sector, banks need to increase their footprint across the continent to grow assets and reach critical mass. Larger banks will be better equipped to face the increasing regulatory pressure and requirements needed to reinforce the sector’s resistance to systemic shocks such as the Covid crisis.

Size will also be a factor in improving integration into the international financial system to avoid any risk of marginalisation and reinforce the capacity of players to mobilise funds to meet much-needed investment needs.

At an international and European level, the significant regulatory reform of the banking sector launched after the subprime crisis was aimed at increasing the financial system’s resilience. At African bank-level, this regulatory reform and convergence to international standards and best practices have also been followed by several African regulators and some reforms already implemented by national or regional central banks.

However, while African regulators’ common focus is to move to international standards, the pace of change and reforms implemented do differ. For example, Egypt adopted IFRS 9 from 1 January 2019, whereas Kenya will implement IFRS 9 over five years from January 2018. On the regulatory development side, Kenya and Egypt are looking at the development of digital financing, whereas Algeria is looking at creating a currency futures market, amongst other developments.

This divergence in reform progress and focus highlights many issues pan-African banks now face, including the high cost of implementation and compliance. Further factors to consider include whether African banks are prepared for these reforms in terms of capital adequacy and the reliability of data to implement change. Also, are reforms in line with specific risks African banks face, particularly concerning their size and economic needs and how will reforms impact African banks’ finance capacity and profitability?

It’s clear that improving resilience and better integration of the African banking sector requires a more harmonised banking regulation vision. It’s also clear that Africa’s banking sector is a vital source of finance to meet the needs of development and growth in the coming decades.

Despite Africa’s strong growth potential, nor should it be overlooked that poverty and income inequality continue to be significant challenges. By leveraging new technologies around digital financial services, including mobile banking and crowdfunding, the African banking sector can help support sustainable growth and improve financial inclusion. According to the World Bank while adults with a financial institution account remained flat, the share of adults with a mobile money account in Sub-Saharan Africa has almost doubled to 21%5.

The region is also home to all eight economies where 20% or more adults use only a mobile money account: Burkina Faso, Côte d’Ivoire, Gabon, Kenya, Senegal, Tanzania, Uganda, and Zimbabwe. Plus, up to 95 million unbanked adults in the region receive cash payments for agricultural products, and roughly 65 million save using semi-formal methods highlighting the growth potential to increase account ownership5.

While the use of technology can help improve financial inclusion across the continent, it can also enhance data quality for compliance issues, risk assessment, change perception, and help reduce the cost of debt. All of which strengthen the banking system overall. African central banks can play their part in this by strengthening their collaboration in terms of regulation and supervision of cross-border banks and accelerate coordination and cooperation with various stakeholders and policymakers.

As the banking sector emerges from Covid crisis, there is now a vast opportunity within Africa to develop sustainable and responsible banking, which improves financial inclusion and social impact. By focusing on specific needs, such as SMEs, or exploring an appetite for green finance, the banking sector can make a real difference. The challenge will be to develop the regulatory landscape to ensure that the African banking sector is robust enough to sustain such opportunities, so growth momentum is maintained in the long-term. 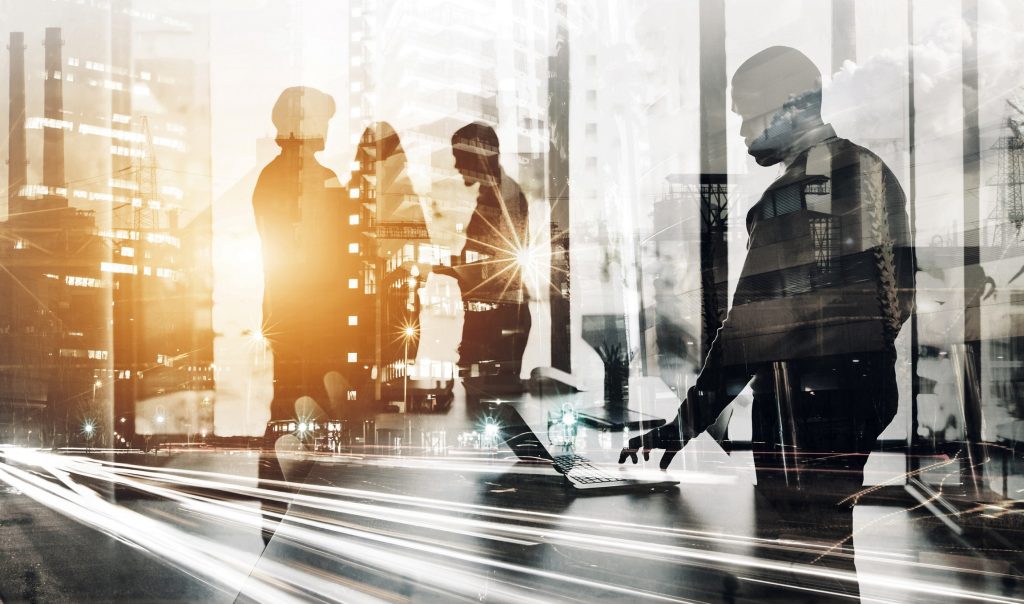 Action Plan for Banks in the West African Monetary Union

A new prudential framework applicable to banks and credit institutions in the West African Economic and Monetary Union (WAEMU) is set to come into force on 1 January 2018. However, a significant delay has been observed in implanting reforms in the majority of banks, where the scale and implications of the necessary work are widely […] 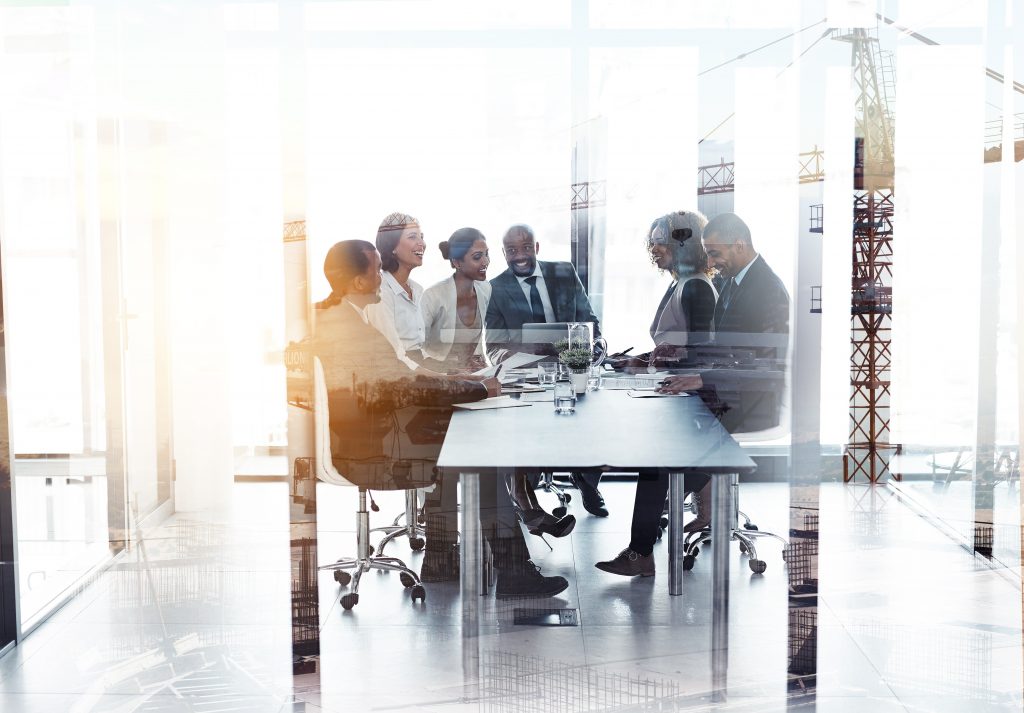 Reforms to an accounting system that has been in force for nearly 20 years will help to increase the security and robustness of the West African financial system, while improving the quality of financial reporting. The Revised Banking Chart of Accounts has been adopted by the monetary authorities in the course of convergence towards Basel […]

As part of the content program on digital finance that Mazars has launched in partnership with the Economist Intelligence Unit, we are exploring in a new article on how mobile money is driving Africa’s cashless future. Over the last few years, Africa has become a global leader in mobile money with the rate of smartphone […]

What next for Africa’s mobile money sector?

Over the last decade, Africa has become a global leader in mobile money. The statistics for the use of smartphones as a payment mechanism are compelling with M-Pesa, in particular, by far the continent’s biggest mobile money triumph. Backed by UK-based Vodafone and launched in 2007 in Kenya by mobile network operator Safaricom, by 2015 […]