Israeli Debt-Based Financing For Real Estate in the USA

Israeli Debt-Based Financing For Real Estate in the USA

Prominent real estate owners and developers are sourcing an attractive form of capital—bonds issued and traded on the Tel Aviv Stock Exchange (TASE).  It’s a creative concept, with benefits for both sides of the transaction, and is also attractive for U.S. listed Real Estate Investment Trusts (REITs), enabling them to issue bonds in Israel while relying only on their current U.S. filings with the SEC.

It’s a massive market—and growing. As of today:

Owners and developers crave affordable funding for their projects. The bond product from Israel is comparable to mezzanine debt or preferred equity financing at essentially half the rates for similar financing in the U.S. This funding can be used to make improvements to existing properties, pay off higher cost financing, make new acquisitions or buy out existing investors. In Israel, an abundance of liquidity and yield-starved investors seeking diversification into U.S. real estate, coupled with a favorable exchange rate between the shekel and dollar, have helped to push the Tel Aviv Bond 60 Index to a near-record high.

Funding costs for U.S. owners and developers frequently run between 10%-11%, compared to paying a fixed coupon of ~4-5% to garner credit through Israeli bonds that are locally rated A with a seven year maturity. The bonds can be issued as unsecured debt, relying on the company’s ownership in a group of assets, and include a limited set of covenants (i.e. debt to capital ratio, dividend policy and coverage ratios).  However, the company must maintain A rating and certain financial criteria.

Typical funding size for Israeli bond deals is  $100 Million to $500 Million, collateralized by commercial properties such as shopping centers, office buildings, or multifamily and industrial assets.  A deal of that size is considered small by U.S. underwriters, but is attractive to Israeli investors, which encourages medium-sized developers to seek the benefits of debt-based financing on the TASE.  A typical bond transaction will be for a 7 year term with semi-annual coupon payments.  The costs of these bond deals approximate 50 to 75 basis points per year (subject to the overall issued amount).

The initial issuance will take three to four months. However, upon issuing the first bonds, the owner will get full accesses to the Israeli bond market, supporting future issuances in less than 1 week based on the same portfolio. This flexibility, together with the high liquidity of the local market, assists companies with recycling the debt in Israel where, over 99% of companies recycle their debt on the bond market.

These deals are not without risk, and borrowers must be prepared for what can be an unfamiliar and complicated process.

You typically have privately owned operators and developers of real estate companies contemplating this financing structure, and they are not used to the regulatory and reporting responsibilities. To begin with, the regulatory environment is different.  Additionally, rather than adhering to U.S. Generally Accepted Accounting Principles (GAAP standards), Israeli bond financing must comply with International Financial Reporting Standards (IFRS), and overcome a different set of compliance hurdles.  For example, IFRS requires reporting for several quarters and years on a comparative basis.

Another issue is the way in which assets are reported on the financial statements.  Under GAAP, real estate is reported on the balance sheet at its historical cost, with depreciation applied for wear and tear.  Conversely, under IFRS, real estate is reported at full fair value, reflecting a more accurate representation, and construed to be more informative to investors in terms of its true performance.  It can often be higher than the historical cost method used for GAAP.

These deals require a degree of specialization and local contacts.  A successful transaction requires a strong underwriter and advisor in Israel, and an accounting firm with expertise in both Israeli and U.S. taxation, as well as experience in completing audits in accordance with IFRS. In addition, appraisals are required, and structuring the deal to minimize its tax impact makes it vital to have tax advisors and local Israeli CPAs familiar with both countries’ tax laws. It also demands an investment banker or underwriter with experience marketing the transaction through Israel’s TASE.

Before an owner, developer or company enters into an Israeli debt-based funding transaction, they must understand the value of the asset in relation to the market opportunity on TASE.

They will want to evaluate key performance indicators to determine whether a deal makes sense.  That’s where a valuation expert, in the form of an MAI appraiser certified to render real estate values, can make an important difference. An accounting firm may have these experts in house, but independence rules preclude them from performing both the audit and the valuation.  In that case, a third-party appraiser is needed.

We are seeing several companies contemplating Israeli debt-based financing as an attractive alternative to obtaining capital, whether for real estate development or to fund acquisitions. Technological advancements in Israel have created an enormous appetite for yield, diversification, and expanding international reach.  But it demands specialized expertise to meet the burdens of the complex regulatory and compliance environment.  Any company entering into such a transaction must be prepared for the additional scrutiny that a public debt offering engenders.  Working with a firm that has boots on the ground in Israel should be step one.

This article was written in collaboration with InFin Capital’s Vice President, Yossi Levi.

About InFIn Capital
InFin is a leading underwriting and advisory firm in Israel. Our clients benefit from our rating expertise as well as from our long lasting and close relationships with all major institutional investors in Israel. Since 2017 InFin has raised over NIS17.3bn (~US$5bn) acting as the lead book runner and advisor in 18 transactions. For the last several years InFin issued over NIS3.6bn (~US$1.1bn) for US-based real estate companies in more than 15 transactions. InFin is one of the most active rating advisory firms in Israel, providing ongoing advisory services for 13 companies, including 5 companies with AA group rating. InFin was founded by Mr. Yehonatan Cohen, previously the CEO of Clal Finance Underwriting. Yehonatan brings over 15 years of experience in the Israeli capital market, during which period he was responsible for issuing more than US$30bn. 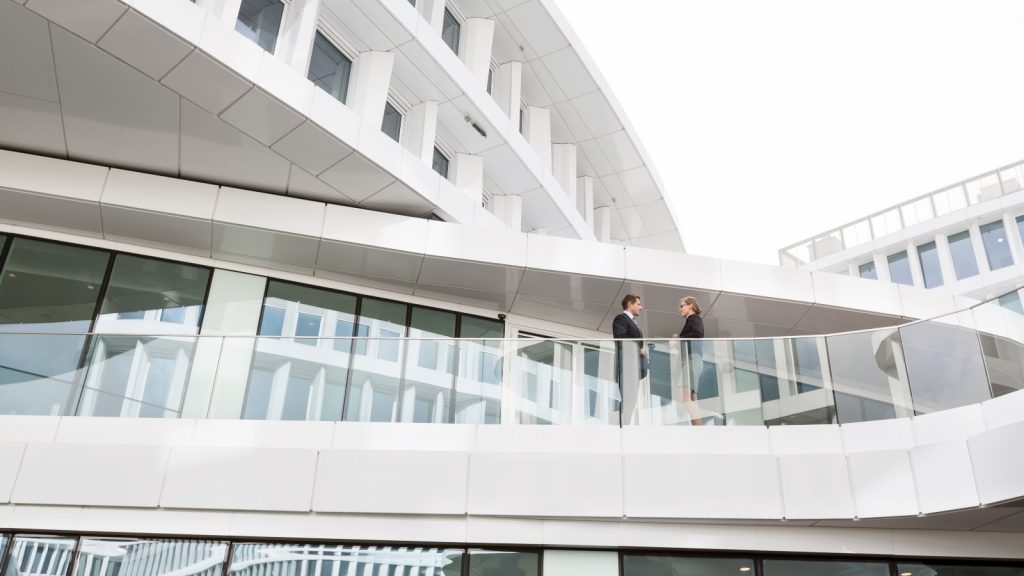 GDPR has controls over subcontractors in its line of fire

Like all industries, the real estate sector has to implement a range of legal, technical and organisational measures to protect the personal data of its employees, customers, prospects and suppliers. Processing must comply with several regulations related to data protection, including, for example, the General Data Protection Regulation (GDPR), applicable since 25 May 2018. Same […] 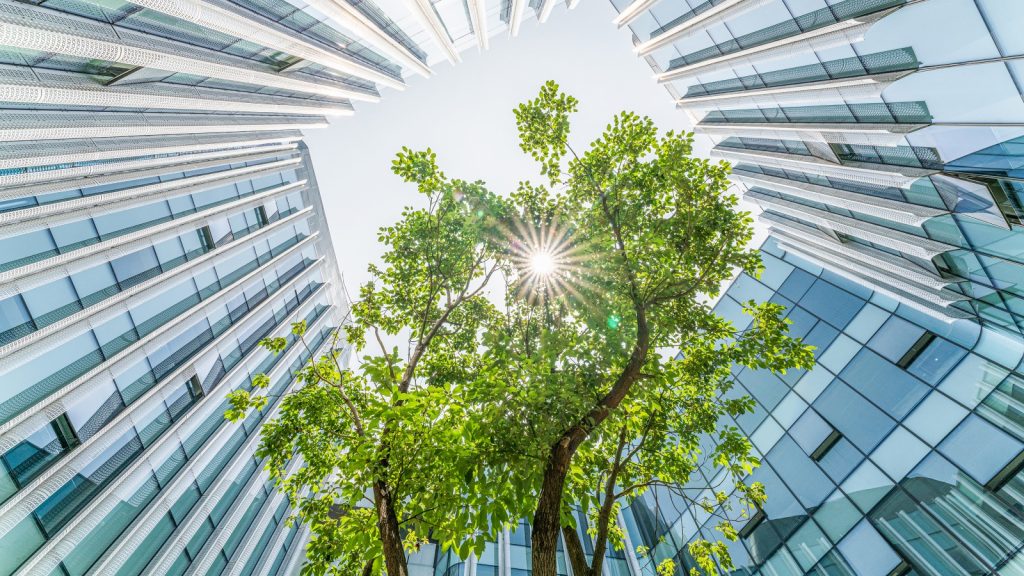 As part of the European Green Deal, the European Union intends to encourage green investments and prioritise the revision of the Non-Financial Reporting Directive (NFRD). The European or Green Taxonomy, which sets out a precise classification of sustainable activities with the strategic objective of redirecting capital flows towards those activities from 2022, is a result […] 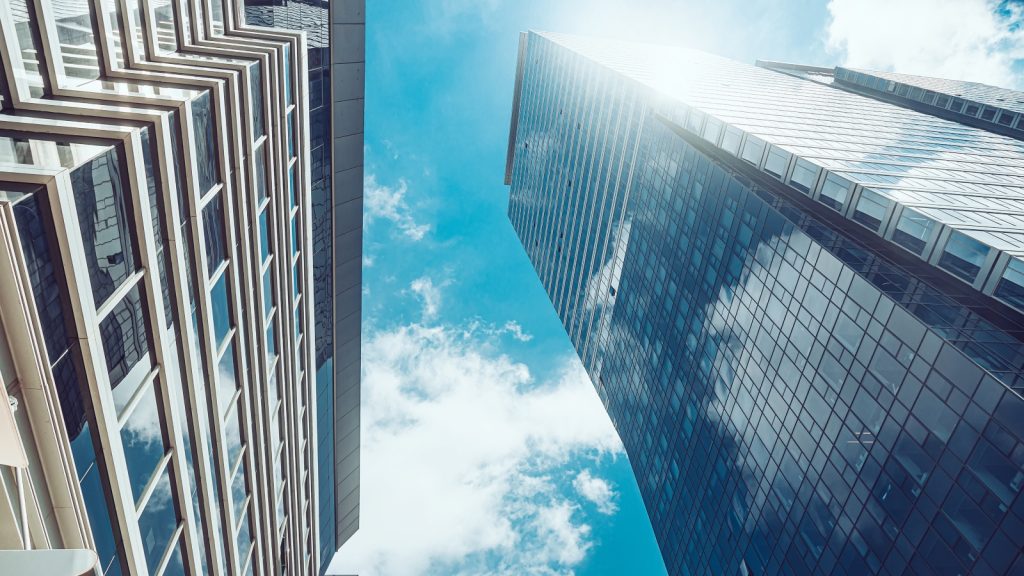 The market is seeing a growing trend for real estate management companies seeking to speed up the process of closing their accounts. This is largely due to the positioning of real estate funds in life insurance contracts requiring increasingly shorter valuation intervals. Furthermore, as the regulatory obligation to publish Net Asset Values (NAVs) within the […] 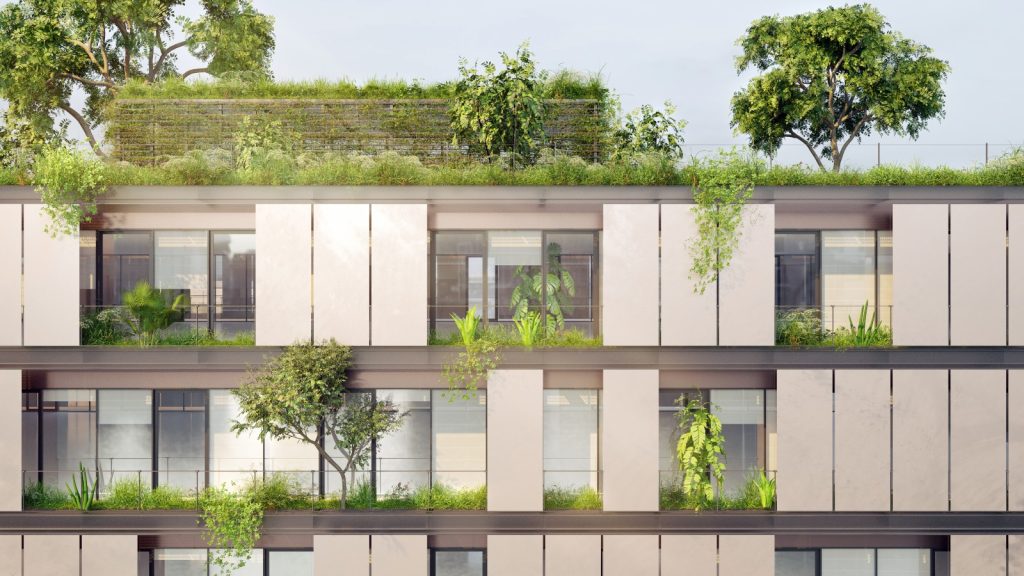 Smart buildings that benefit the city, people and the environment

While there is a consensus about the smart building concept, there are still challenges to overcome if tomorrow’s buildings are enhanced to benefit the environment, cities and people. Starting with their design and throughout their useful lives, buildings have a huge impact on the environment and the quality of life of their users. So how […] 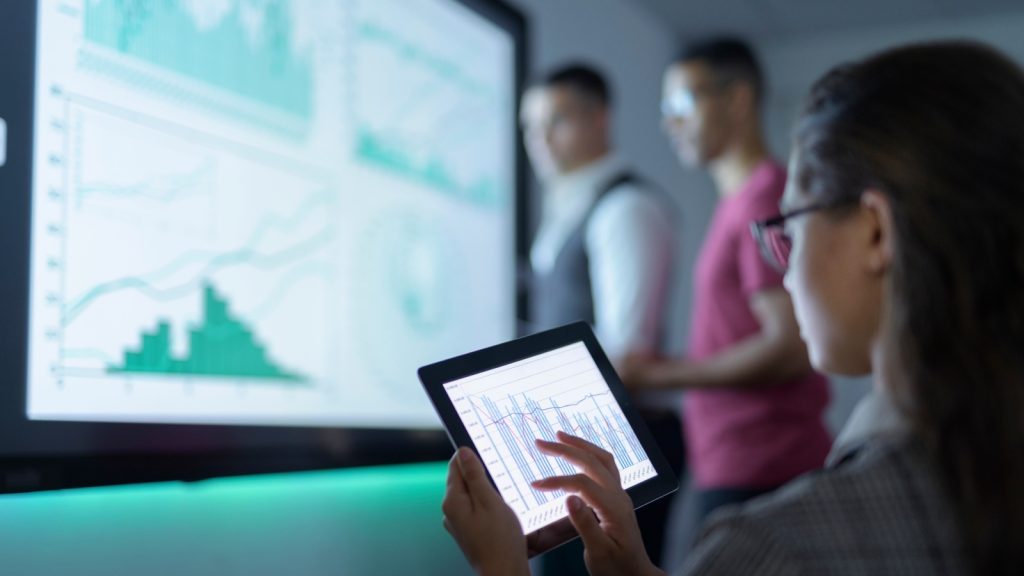 While digital transformation has been disrupting all business sectors for many years, 2020 will be remembered for its particular impact on real estate administrators. A third of French respondents believe that artificial intelligence can be more efficient than a real estate agent. Moreover, 40% of those under 50 years old are convinced that the property […] 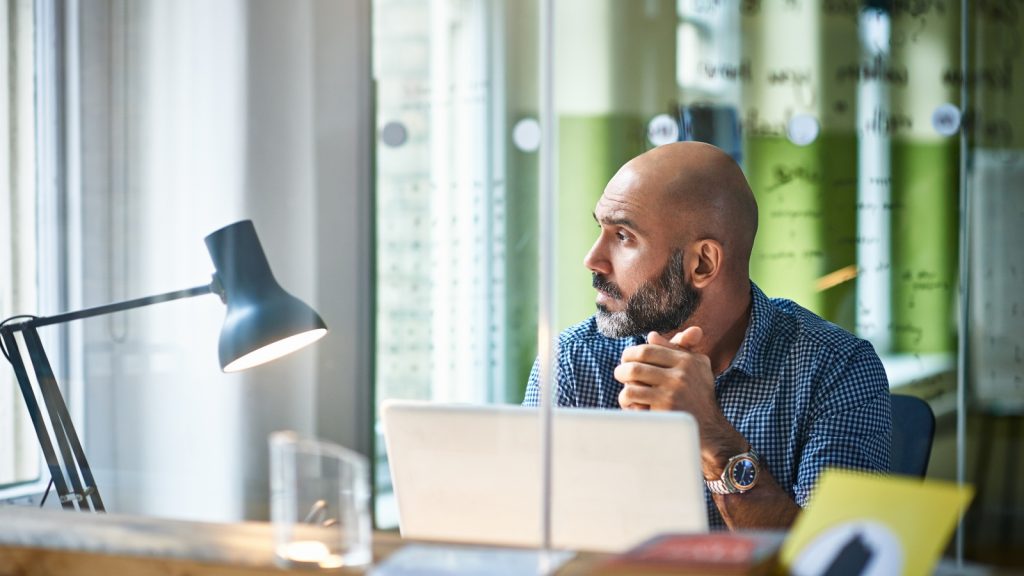 Reimagining the office in the work from home era

The working environment has always been an important factor for companies’ performance and their ability to attract talent. With the rise of remote work, this aspect has become critical: companies now have to ‘seduce’ staff to return to the office. Therefore, real estate services will play a crucial role in helping businesses upgrade working environments […] 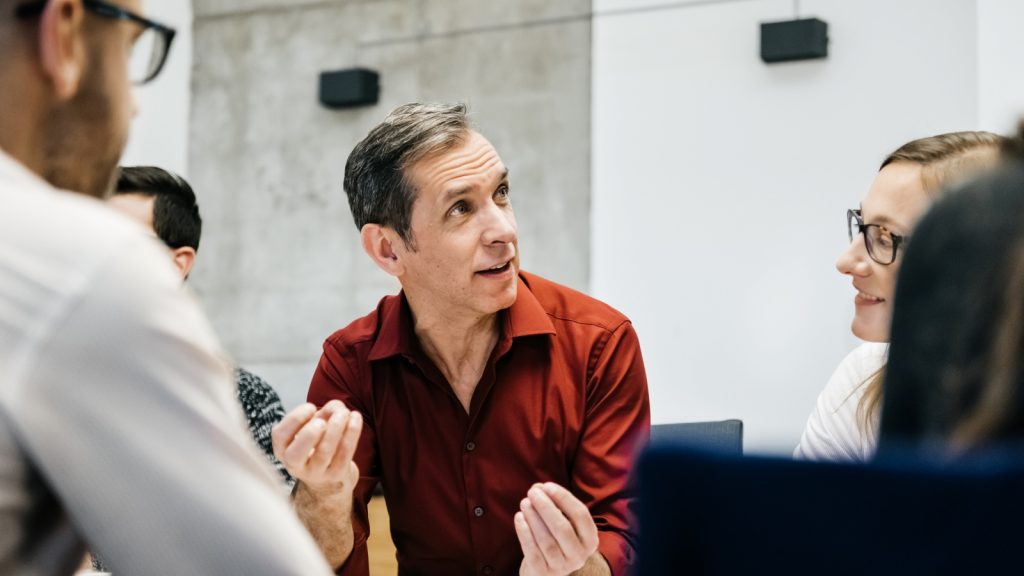 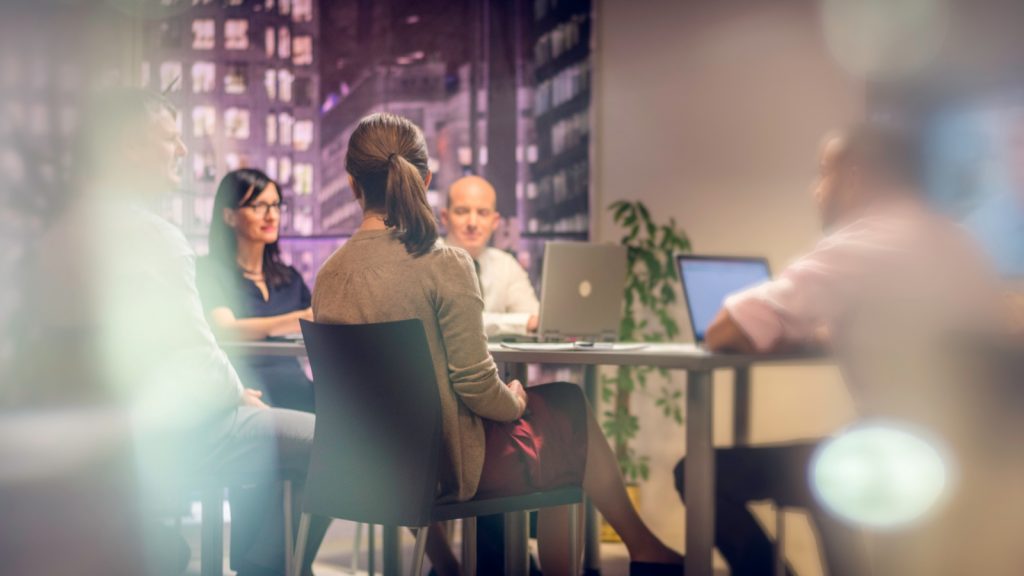 Why rethinking CSR is vital for real estate strategies

The pandemic has had a significant impact on our entire ecosystem. We have seen global CO2 emissions fall by a record 7% in 20201 benefitting the environment. Yet, at the same time, we have seen adverse consequences for the mental health of staff working remotely, with almost half (49%) of those working from home saying […]

Impacts from the COVID-19 pandemic have reverberated across every part of the global economy. Small businesses are struggling to pay their employees, banks are grappling with collapsing local economies, and many borrowers across the nation cannot meet their monthly mortgage payments. Banks will play a critical role in supporting their communities through this crisis, and […]