Looking ahead – ECB and NCA focus 2016, and what does it mean for the market participants?

The last five years have been a time of much challenge and change for the Central Banking Fraternity in Europe. Crisis, both economic and political, has been followed by much adjustment and change, including both practical economic and policy interventions, structural change in the form of Banking Union, much new regulation and most recently the adoption of QE, Draghi style. Much has been done, but the agenda remains long. As we approach the end of 2015, it is perhaps useful to reflect on what may be to the fore in the coming year.

Three things will, I believe, drive the activity of the ECB and its national constituents. First, the ongoing economic sluggishness in Europe overall. Interestingly, it seems likely that some tensions will become to emerge, with those economies performing more strongly likely to wish to see some easing of ECB supports, while the weaker economies will probably lean towards a longer period of ECB actions. My guess is that the overall scenario will remain sufficiently uncertain that the ECB will hold its position for much of 2016 – we are a long way from the danger zone as regards inflation. This means different things for our clients – investors will continue to hunt for elusive yield, while others will use the opportunity to continue to build and rebuild balance sheets. In the banking and insurance sectors this, combined with ongoing changes to the capital regime driven by regulatory requirements, may see a hotting up of competition for tier 1 capital. It will also mean that some of the remaining challenges in investment and loan books will be assessed (in some cases for the first time), which will perhaps mean that the issue of NPL’s and valuation of portfolios re-emerges.

The second area of focus is firmly in the area of supervision, The 2014 comprehensive assessment tested only 50% of all European bank balance sheets. One hears more and more talk of a another assessment in 2016, of national central banks extending the net (AQR-lite) to non-systemic banks, and in some jurisdictions even an extension of focus to the strength of the insurance sector. This comes at a time where banks (and regulators) are struggling to cope with new regulatory and quasi-regulatory requirements – for example, we are not far from full implementation of Basel 3/CRDIV/IFRS9/BRRD and in the insurance sector Solvency 2, to name but a few of the items on the desk at present. This means the allocation of very significant resource in the next eighteen months, both in regulator teams and in the banks and insurance companies. As I have already noted, the underlying condition of bank balance sheets will be tested by these developments – with each of these requirements re-evaluating our collective understanding of the position of many financial institutions.

The last area worth mentioning is that of politics and policy. There is a significant amount of work to be done to implement BRRD, and this will test the resolve of the European authorities – hard cases will prove the worth of the new framework. Also, the proposals of the Green Paper on Capital Markets are potentially very significant and will be a point of attention for a number of years. In many jurisdictions there will be strong local pressure to ensure that a benign view is taken of the strength of some institutions. I would add that the mandate of the ECB is not at all political – in fact, the specific exclusion of a role in relation to employment benchmarks renders the ECB and NCA’s outside one significant area of potential political influence. Nonetheless, I believe that there will be some pressure on Central bankers to find an acceptable (to the politicians) view in the course of assessing balance sheet strengths of individual banks. Finally, it is worth reflecting that the European Crisis has been characterised by ECB positioning in spite of (or perhaps because of) a lack of decisive political progress. As we look at the situation in mid-2015 one is conscious the delicacy of the Greek and UK positions, and might be forgiven for wondering what actions the ECB may have to consider before too long. 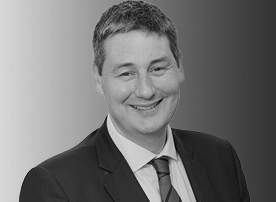 mkennedy@mazars.ie
Mark Kennedy is the Managing Partner in Mazars Ireland. He plays an important role in guiding and leading the firm and is helping to transform our partnership into one of the strongest, most innovative professional services firms in Ireland. Mazars is passionate about the success of our clients and helps to ensure that we keep our clients at the heart of our business and at the heart of everything we do. Mark blogs about governance and economic issues.