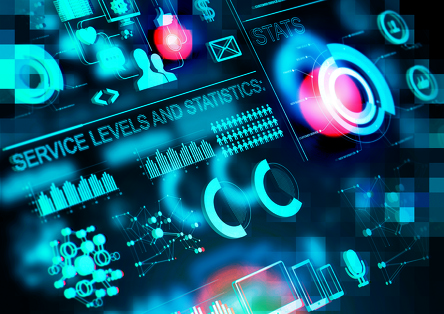 A series of initiatives designed to help combat terrorism financing have put electronic payment cards in the spotlight due to the fact they guarantee anonymity in the use of small sums.

Announced on 23 November 2015, these initiatives supplement the action plan for combatting the financing of the terrorism presented by the Minister on 18 March 2015. The main aims of this plan include limiting the use of cash in the economy by reducing the threshold from €3 000 to €1 000 for physical or legal persons resident in Franceand from €15 000 to €10 000 for non-residents. Further aims include tackling anonymity with measures such as identity checks for the acquisition, recharging and anonymous use of prepaid cards from €250 euros compared with €2 500 euros currently and registration of payment accounts on the FICOBA database of bank accounts, as well as boosting the capacity to freeze assets held by terrorists or those financing terrorism.

These measures supplement regulations that have been continually tightened, although their effectiveness must be ceaselessly improved. The framework imposes two additional obligations on financial institutions answerable to the French Prudential Supervisory Authority (ACPR): the obligation of vigilance in respect of customers and business relationships, and an obligation to report any suspicions to Tracfin.

At European level, the final version of the fourth anti-money laundering directive published in June 2015 (Directive 2015/849 of 20 May 2015, on the prevention of the use of the financial system for the purposes of money laundering or terrorist financing). This fourth anti-money laundering and terrorism financing directive aims inter alia to bring European Union into line with the recommendations of the Financial Action Task Force (FATF) adopted in February 2012. This directive, under the minimum harmonisation approach, will be transposed before 26 June 2017 and the regulation will be effective from the transposition date.

The changes introduced by the fourth directive do not radically change the previous framework, but strengthen the regulations, including the creation of central registers in European Union countries listing information on the beneficial ownership of companies and all other legal entities, including trusts. Keeping these central registers will force the banks to be more attentive to the actual beneficiaries of the accounts they hold and the operations they handle. In addition, it tightens the rules for simplified vigilance by removing the automatic exemption for entities or goods at low risk, and make it mandatory to analyse the risks before applying these measures.

The reliability of data is key

Because of the sheer volume of banking transactions and customer information, an Anti-Money Laundering and Countering the Financing of Terrorism (AML/CFT) policy is inconceivable without the use of computer tools that allow the automatic filtering of transactions and countries under embargo, as well as the ability to profile and scan customer transactions against AML/CFT scenarios configured by each institution (suspicious behaviour).

However, while computer tools are therefore essential to any effective AML/CFT policy, their performance depends entirely on the reliability of the data they contain and their configuration.

Inadequacies or gaps in knowledge of business relationships, in particular the failure to update customer records, often emerge from the use of suspicious activity reports, especially in terms of information about occupation and income. The effectiveness of an AML/CFT policy is very dependent on Know Your Customer procedures (KYC) outlined in guidelines published in early November 2015 by Tracfin and the ACPR.

However, the development of Big Data technology can help institutions to improve their AML/CFT policy and their KYC procedures. It can be used to collect, share and process a vast quantity of multi-structured data. This includes structured data such as card payments, withdrawals from ATMs, account consultations via smartphone; semi-structured data, including emails and customer Internet site history, as well as unstructured data from call centres or tele-meetings with advisors.

Big Data tools make it possible for the banking sector to analyse transactions very fast and to cross-check them, for example with geolocation data. They can also increase the reliability of customer data analysis by using the technology to find absent data or data that has not been updated in customer records. Such tools also make it possible to link data with no common key, so that data from different management systems in the bank can be compared or merged almost instantly.

A thorough predictive analysis of customer behaviour can be used to anticipate customer behaviour and to enrich the scenarios configured in the profiling tools. Behavioural analysis over a long period will provide perspective on the observation of facts and expose correlations, or identify lead indicators or inconsistencies.

This technology is particularly valuable to the banking sector because of the substantial volume of customers, transactions and data history. Numerous French credit institutions have expressed an interest in this technology; an interest that is not limited to use in AML/CFT and KYC procedures. In January 2015 the BPCE Group announced a partnership with the “Big Data & Market Insights” Research Chair at Télécom Paris. The Chair’s work for the BPCE Group relates to “banking fragility”, or how vast quantities of data can be used to identify weak predictive signals of over-indebtedness.

The applications of Big Data in banks can accordingly be very diverse, aiming to develop instantaneous 360° knowledge of the customer for use in product offers, customer relations and the demands of regulation.

emilie.legroux@mazars.fr
Emilie is a Senior Manager in Mazars Banking department in France. For the past 11 years she has developed an expertise in internal control and compliance while also performing financial audits for retail and mutualist banks and institutional investors.