The Hong Kong economy has been confronted by several downside factors over the last two years. The first hit was the initiation of the US trade war with China in July 2018 that disrupted supply chains around the globe. The second hit was the ongoing domestic social unrest initiated in April 2019 surrounding the possible passage of an extradition law in Hong Kong. More recently, the Covid-19 outbreak and containment measures imposed across the world has also hit the Hong Kong economy, long considered one of the most open in the world.

The domestic social unrest and the US trade war triggered the recession in Hong Kong in 2019, the full-year growth rate being -1.2%. It is worth noting that Hong Kong was the only economy in recession in Asia Pacific in 2019. The real GDP growth forecast for 2020 has now been revised to -4% to -7%, from -1.5% to 0.5% initially.

One positive element is that the banking sector entered the current crisis in a more resilient position than they were leading up to the 2008 great financial crisis. Indeed, supervisory authorities, including the HKMA (Hong Kong Monetary Authority), had requested financial institutions to reinforce capital and liquidity ratios as well as build-up buffers to face a period of stress.

The latest published statistics showed the consolidated Tier 1 capital ratio of locally incorporated Hong Kong banks amounted to 20.7% at the end of 2019 compared to 18.2% in the first half of 2019, well above minimum international standards. Considering the healthy position of the Hong Kong banks, it makes sense that the HKMA has spared no effort in taking measures to ensure banks continue financing businesses amid a challenging environment.

Recent initiatives from the HKMA

Additional measures have been rolled out by the HKMA in March and April 2020 in response to Covid-19 to free up lending capacity as well as relax regulatory, liquidity and operational constraints.

The HKMA established a banking sector SME lending coordination mechanism in October 2019 to strengthen funding support from major banks for SMEs. The mechanism aims to alleviate pressure on SME cash flows, as far as the credit and risk management policies of banks allow. As of 3 April 2020, nearly 9,000 applications from SMEs involving principal repayment holidays, loan extensions and relief loans have been approved, involving over HKD 57 billion.

With regard to lending arrangements, banks were asked by the HKMA to provide relief to corporate borrowers by offering principal payment holidays on a pre-approval basis for a period of six months for corporate borrowers meeting specific financial conditions. It is worth noting that the principal payment holiday should not lead an exposure to downgrade to a lower category in accordance with the HKMA’s existing loan classification guidelines.

Other measures to alleviate cash-flow pressure and help minimise closures of local enterprises were also taken, including to allow the conversion of trade financing lines into temporary overdraft facilities, and the start of the special 100% Loan Guarantee under the SME Financing Guarantee in April 2020.

Following a first reduction in the countercyclical capital buffer (CCyB) from 2.5 to 2.0 percent in October 2019 to address the impact of the domestic social unrest, the HKMA announced in March 2020 another decrease from 2.0 to 1.0 percent in order to ease credit conditions and foster economic growth in Hong Kong. It is estimated this released around HKD 700-800 billion in bank lending capacity.

The HKMA also lowered the regulatory reserve (RR) requirement on locally incorporated banks by 50%, which should provide additional lending capacity. At the transition date to HKFRS 9 in January 2018, the HKMA had required locally incorporated banks to maintain an RR on top of accounting provisions to mitigate potential gaps regarding the data, systems and controls required to determine expected credit losses.

Smooth operation of the interbank market

Several measures are intended to increase the banking sector’s liquidity. This includes providing further flexibility on the rolling over of Standby Liquidity Facilities (SLF) to bring more certainty on the longer-term funding requirements of banks, and fixing SLF rates to reduce market volatility rather than making reference to market rates and prevailing market conditions.

In addition, the HKMA encourages banks to utilise their liquidity buffers under specific circumstances and is willing to accept banks operating temporarily with a lower level of liquidity ratio, as long as the average monthly Liquidity Maintenance Ratio (LMR) remains above 25%. For the Liquidity Coverage Ratio (LCR), HKMA allows monetization of high-quality liquid assets (HQLA) under certain circumstance even this makes LCR goes below required level.

In addition, the HKMA entered into repurchase agreements with the Federal Reserve and temporarily exchange the US Treasuries held by the HKMA for US dollars, which can then be made available to banks in Hong Kong.

In light of the deferral of the implementation of the final Basel III reform package by one year to 1 January 2023 by the oversight body of the Basel Committee on Banking Supervision (BCBS), the HKMA has deferred the implementation of the revised frameworks on credit risk, operational risk, output floor and leverage ratio as well as revised market risk and credit valuation adjustment framework.

In addition, the HKMA decided to postpone the 2020 Supervisor Driven Stress Test to 2021 in common with other jurisdictions. In our view, the postponement may also be justified to safeguard the regulator’s reputational risk. Scenario design is complex in particular in a period of uncertainty. There is no guarantee that the ‘right’ scenarios will be chosen by a regulator which raises a risk that markets interpret a ‘pass’ on a stress test as an indicator of good health of a bank. Should the bank fail soon afterwards, the reputation of the supervisor would be blemished.

What to expect for Hong Kong banks?

Recent statistics published by the HKMA indicates that loans and advances granted by Hong Kong banks continue to grow, albeit slightly. Since the HKMA established the banking sector SME lending coordination mechanism in October 2019 and the pause in the social unrest since December 2019, there has been only monthly positive growth in lending – a positive development.

Among the total lending, loans for use in Hong Kong slightly increased from 65.1% in October 2019 to 65.8% in March 2020, while the loans for use outside Hong Kong decreased from 30.2% to 29.7%. This means that additional lending is benefiting the Hong Kong economy which supports the efficiency of the stimulus triggered by supervisory measures.

It is correct for a regulator to prompt banks to maintain or increase lending to support economic objectives. Yet, as we indicated in October 2019[1], there is a delicate trade-off to achieve, since unleashing lending support may undermine the credit quality reported by banks.

The HKMA indicated in April 2020 that locally incorporated banks reported notable increases in their accounting provisions in general for the second half of 2019 given the deterioration in the Hong Kong environment.

For example, Hang Seng Bank reported expected credit losses on gross loans and advances to customers of 0.37% as of December 2019, compared to 0.31% as of December 2018. Bank of East Asia reported 0.74% and 0.51% and DBS reported 1.71% and 1.40% for the same closing periods. It should be emphasised that the worsening reported figures as of December 2019 did not include the impact of the current Covid-19 pandemic.

Based on published results from global banks for the first quarter of 2020, there is no doubt that Hong Kong banks will report significant credit quality deterioration due to the pandemic in the near term. As an example, HSBC reported an increased allowance for ECL from USD 9.2 billion at 31 December 2019 to USD 11.1 billion at 31 March 2020, due mainly to the impact of Covid-19 and weakening oil prices on the forward economic outlook.

The question is to what extent Hong Kong banks will be in a position to continue financing the real economy without putting at risk their own financial health?

Credit risk has been a growing threat to the banking industry due to the challenging economic conditions since July 2018. This may narrow the capability of banks to continue supporting lending in the long term. Indeed, the recent measures to support the Hong Kong economy stripped the banks of several capital and liquidity buffers. For as long as the banks are advised to adopt a sympathetic stance in dealing with customers facing financial stress due to Covid-19, this may delay the identification of non-performing exposures and jam up the existing prudent credit decisioning framework of the banks. This could lead to the emergence of other issues for the future and impede Hong Kong’s economic recovery.

Moreover, the real damage to the economy of the first wave of the outbreak is going to be understood once the supporting measures fade. To make matters worse, due to the uncertainty around the scale and the duration of the crisis, it is more difficult to define a plausible and reliable scenario for the next six months and onwards in order to adjust a bank’s strategy.

Last but not least, contrary to many other jurisdictions that are facing predominantly the Covid-19 crisis, the Hong Kong economy has to manage uncertainty around other downside risks that triggered the recession last year and have not yet fully played out. Who can predict the future of US-China trade relations and the resurgence of domestic social unrest once the pandemic is over?

One thing for sure is that credit risk management should be one of the top priority for the banking sector in Hong Kong in the coming months. Indeed, the Hong Kong economy will need strong banks to recover more quickly.

This article first appeared in Regulation Asia on 13th May 2020. 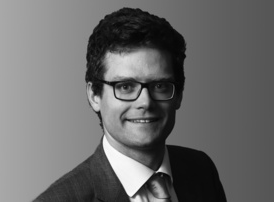 pierre.latrobe@mazars.hk
Pierre is a Director within Mazars’ dedicated Hong Kong Financial Services team. He joined Mazars Hong Kong in 2017 after having spent 10 years at Mazars France and Mazars United Kingdom in the Financial Services practice. His experience includes numerous projects in relation to risk management, asset-quality review, stress tests, financial due diligences, expert in the context of arbitration, audit and IFRS advisory across Europe and Asia. Pierre is also an expert in accounting for financial instruments under French GAAP and IFRS, including IFRS 9 implementation. He has a recognised track record of working with retail banks, corporate and investment banks, private equity entities, Central Banks and National Regulators.

In the early 1990s, stress tests became a popular internal tool for international banks to examine risks and gain a better understanding of threats to... 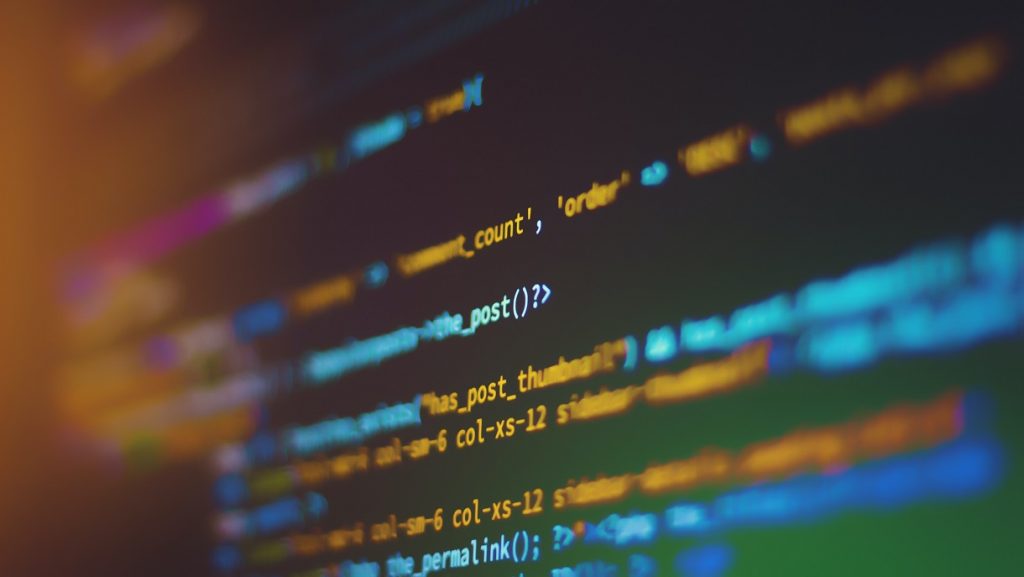 Over recent years, technology and software have become strategic assets for competitiveness and resilience in the banking sector. Institutions have no choice but to invest...

The Federal Reserve Board released stress test results for DFAST 2020 including additional sensitivity analysis, considering the COVID19 outbreak, to assess the resiliency of large...